Bach – Mass in B Minor

The Aurora Orchestra is one of the most innovative bands operating on the UK music scene today. They bring a freshness and quality to everything they do. I try to get to all of their shows when I can. Unfortunately, I don’t tend to write about them as the shows I often end up writing about are those I see when travelling and I usually use the time I have while waiting for flights to write, whereas in London, real life usually gets in the way, and I don’t have as much time as I would like to write. I do however tweet about all of the shows I see. Aurora’s concert of Boulez, Ives and Beethoven 7 will certainly go down as one of the best of 2013 – the Beethoven in particular was incredibly good, the kind of Beethoven that grabs you from the opening chords and runs with an irresistible, physical energy right until the very end. I very much hope that they will do more Beethoven as time goes on.

Aurora’s principal conductor is Nicholas Collon who is rapidly making a name for himself as a conductor of imagination and vibrancy. Tonight’s B Minor Mass was a superb achievement and had a freshness and joyfulness that was simply wonderful. While thinking about the work before the show, I thought deeply about how I, as an atheist from a non-Christian background should approach it, much in the same way that I would approach Dialogues des carmélites. The B Minor Mass is quite simply one of the masterpieces of western civilization, the culmination of the genius of a pivotal figure in musical history. It is also in many ways a supreme declaration of faith. Yet on a personal level, as someone who does not share that faith, I find that the text functions as a means to illustrate this glorious music. The music is what moves me and makes my world a better place although I am sure that for others, the marriage of word and sacred text is what they value. At the same time, it is not a monument. It is a living breathing work that lives only for the two hours that it takes to perform it yet lingers long in the memory thereafter. In many ways Collon and the Aurora’s approach was in keeping with this – not for them was the music an austere ritual, rather it was full of joy and life and this evening it came alive in music-making of outstanding distinction.

The modestly-sized band played with strings with minimal vibrato, natural trumpets but modern horns and woodwind. The sound produced was wonderful marrying period style with modern amplitude. Tempi were beautifully fluid and in almost all cases, very well chosen. The only movement where I felt things didn’t quite work was in the ‘gratias agimus tibi’ and corresponding ‘dona nobis pacem’ – in both Collon chose a deliberate, majestic tempo that I found didn’t quite fit with the superb fluency of the rest. There were so many striking things to admire in the orchestral playing – the jagged whipping of the strings in the ‘crucifixus’, the joyful peeling of the natural trumpets in the ‘cum sancto spiritu’ and Nicholas Fleury’s beautifully played horn obbligato in the ‘quoniam’. It was simply wonderful.

They were joined by the youthful forces of Cambridge’s Clare College Choir. I was first made aware of them in René Jacobs’ marvellous Messiah and they sang superbly tonight with outstanding discipline yet with a freshness and warmth of tone that were beguiling. They coped splendidly with Bach’s tricky counterpoint. Perhaps some of the vowels were a bit too English for my taste (standard Italian church Latin pronunciation was used) and their youthfulness was betrayed in a very slight weakness on the – admittedly horrifically difficult – tenor line. Make no mistake, however, this was choral singing of the very highest quality and deeply impressive.

The solo singers were very good. I really enjoyed the richness of Jennifer Johnston’s mezzo in the duets. I regret that she was not given the ‘agnus dei’ or the ‘laudamus te’ as I would have liked to have heard a lot more of her. Malin Christensson was an impressive soprano soloist – the voice was slightly darker that one might have expected but she coped well a nicely fluid tempo in the ‘laudamus te’ and she blended very well with Johnston. The men were more than decent and in Joshua Ellicott’s tenor even more so – he sang with ease and warmth of tone.

The acoustic of Hall One at King’s Place was also a star of the evening – warm and resonant it allowed the work to bloom perfectly and become the living masterpiece it truly is. It was a wonderful evening, one that will live a very long time in the memory. 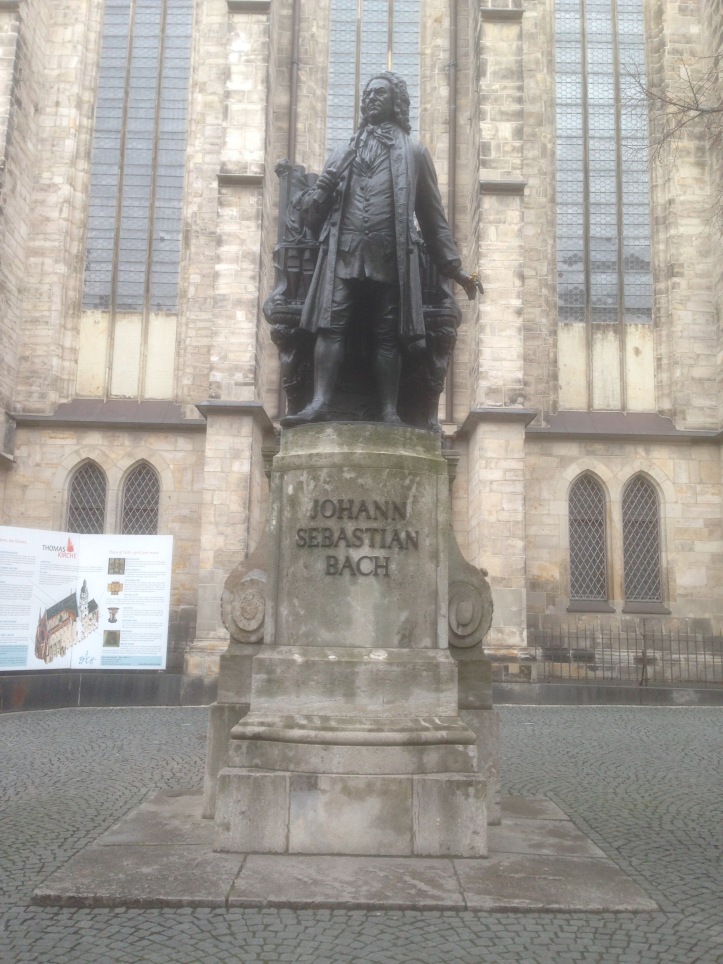